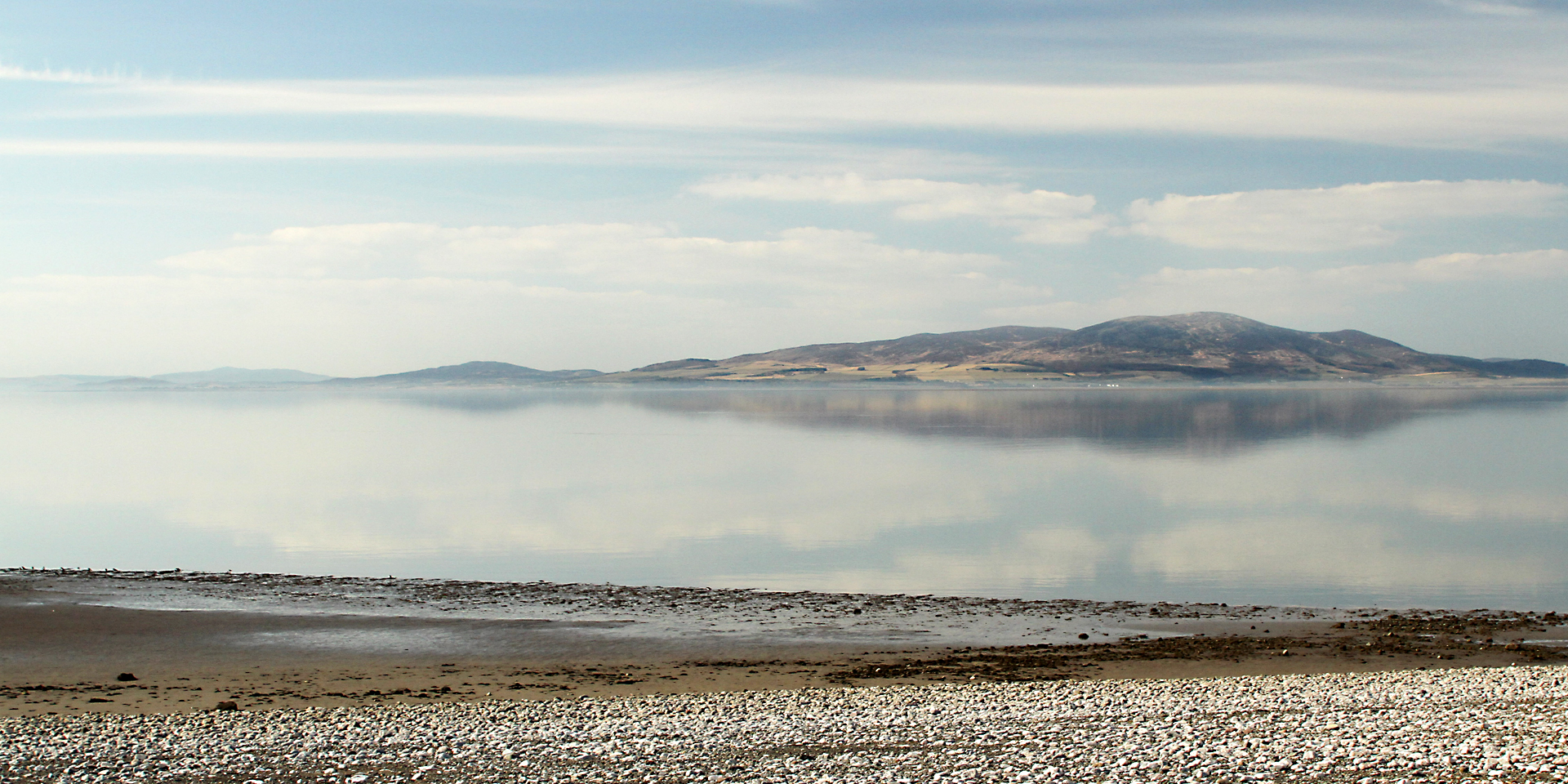 The Solway Firth doesn’t just include the Solway Coast Area of Outstanding Natural Beauty – it stretches from St Bees Head in West Cumbria to the Mull of Galloway, the most southern tip of Scotland.

The two coastlines are very different. In England, it’s based on soft sandstone, while the Scottish side is made of harder granite rocks giving the landscape a more rugged feel.

On both sides, mud flats alternate with estuarine salt marshes, while the Firth’s cultural, religious and industrial heritage reflects its embattled past as a frontier between two countries.

The only islands in the Solway Firth are on the Scottish side of the estuary – Hestan Island, Rough Island and Little Ross.

Settlements have been built up in areas of economic strength, around harbours, ports, farmland or for tourism. Industry has changed constantly according to national and international need – from salt and stone, to wool and coal.

The Solway Junction Railway, which ran from 1869 to 1921, is the only time man’s intervention has allowed this estuary to be crossed by vehicles other than boats.

But the brave can sometimes cross the Firth on foot, using routes known as ‘waths’, derived from the Norse word’vath’ which means ‘ford’. This is a journey that is not for the faint-hearted and is definitely best done with an experienced guide who can read the sands and knows the tides. Those waths move with the shifting sands of the estuary. Local Solway expert Ann Lingard included a piece about this on her blog.

In the waters of the Firth industry has historically been all about fishing. Fleets have left harbours all along the shores, with the tradition of haaf net fishing still continuing today – people wading waist deep with their nets to take advantage of the ebb and flow of the tides.

More recently, industry has focused on another part of nature’s bounty – the wind. The Robin Rigg Wind Farm, Scotland’s first off-shore windfarm, was completed in 2010 on a sandbank between the two coastlines and provides power for around 117,000 households.

Then there’s the huge variety of wildlife which makes the entire Firth its home. The whole population of Norway’s Svalbard breeding barnacle goose are only found on the Solway Firth each winter, while murmurations of starlings can fill the skies in the winter months too.

Plantlife which wouldn’t normally exist this far north exists here thanks to the warming influences of the Gulf Stream. That also affects the marine life, with an abundance of fish like tope, ray and pollock, as well as the porpoises which swim through the waves.