The England Coast Path will be the longest managed and waymarked coastal path in the world – and a lovely section of it will run through the Solway Coast Area of Natural Beauty.

Once complete, the Path will be more than 2,700 miles long. New OS maps will gradually show the route, but you should be able to follow it by finding the acorn symbol on England Coast Path waymarkers and fingerposts.

This is a project being led by Natural England and it will not only allow people access to the Path, but also to the coastal margin – that’s everything to the seaward side of the Path, like cliff tops and the beach. There are obviously a few exceptions, like buildings and the land immediately around them, gardens and land where crops are growing.

The England Coastal Path is even being designed to protect the sensitive wildlife hotspots and withstand environmental changes along the coast. New legislation is being used to recommend places where the trail can legally ‘roll back’ in response to things like erosion allowing a continuous route to be maintained and safeguarding this national asset for future generations.

The Path should be good for coastal communities too. There is evidence of spending by visitors to the sections of path already open which shows that the project can boost the local economy.

The Allonby to Whitehaven stretch of the England Coast Path was one of the first parts around the country to open in 2014.

To the north of Allonby, Natural England has submitted a report to the Secretary of State for the proposed coastal access as far as the Scottish border at Gretna. This was developed through a careful process of contacting and listening to landowners and occupiers, alongside nature conservation specialists and the public. Once this section’s route is approved, fingerposts and things like as kissing gates will be added as necessary, before that length of the England Coast Path opens.

You can check the current progress of the England Coast Path project here, take a look at the north west stretch here, or the full route here. 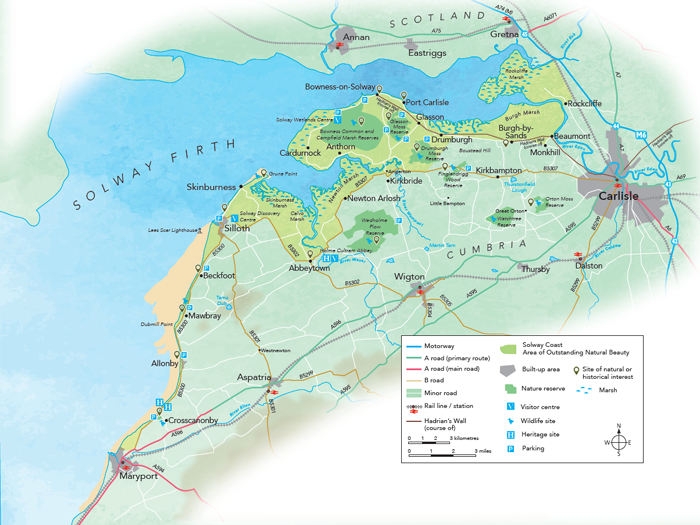