If you love trying local food and drink, you’ve come to the right place. The Solway Coast Area of Outstanding Natural Beauty has some great places to eat and drink – and some fabulous ingredients being served there.

There are some obvious suggestions – like fish and seafood. Maryport has some big fish smoking businesses who are supplying the Solway Firth’s wares to an international market.

You may even spot haaf netting – the Solway’s traditional method of fishing for salmon and sea trout – any time between February and September. It’s a skill passed down through generations and is not for the faint-hearted. The haaf netters wade out into the Firth with nets strung from big wooden frames and capture the fish as the tides ebb and flow. Have a look here to see how the locals do it.

Cockles and oysters breed out in the Solway Firth and efforts are being made to boost the stocks there to open up the market again in a sustainable way.

And then there’s the meat – like saltmarsh lamb. It’s actually a bit of a regional speciality because there aren’t that many UK locations where the sheep can graze the shoreline. Expert butchers say the meat has a sweet flavour and fragrance which comes from the minerals the animals eat as they munch their way along the Solway Firth.

There are some lovely artisan businesses here who are winning national awards and seeing their products served by some of the country’s best chefs. There’s Stonehouse Smokery near Burgh by Sands who breed their own pigs to make their cured, roasted and smoked meats, or Lakeland Mues, near Wigton, who hand-toast their own cereals.

Our farmland makes up a huge part of nature’s bounty. The area around Aspatria is the second biggest milk field in the UK and home to Aspatria Farmers, the oldest agricultural co-operative in the UK, established in 1870.

Aspatria is also home to the Lake District Creamery which makes cheese under The Lake District Dairy Co brand which is seen on the shelves of supermarkets around the land. Then there’s The Mawbray Cheese Company, run by a herdsman-turned-chef, and The Moody Cow at Allonby selling fresh milk and milkshakes from a working farm. 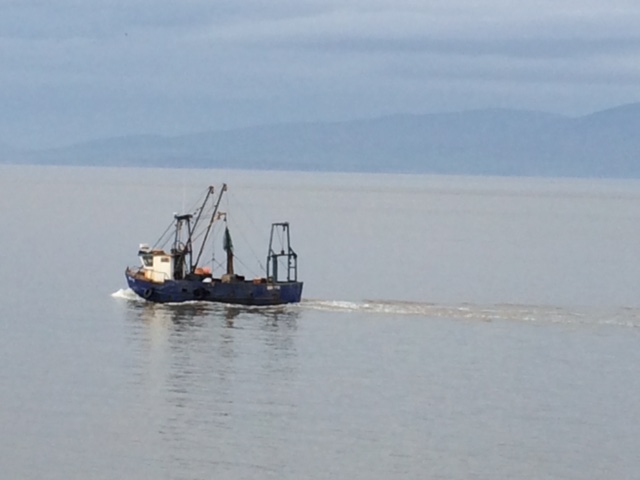 For some ideas of places to eat and drink on the Solway Coast, have a look at the Visit Allerdale website.