The landscape of the Solway Coast Area of Outstanding Natural Beauty has been massively influenced by farming. It is the industry which has had the greatest impact on our landscape and farmland now covers the biggest proportion of the AONB.

Centuries ago, the Solway Plain was a wild and inhospitable place but demand for agricultural land saw the land improved for grazing and crops. The beginning of modern farming here was when the monks of Holme Cultram Abbey began to drain the wetlands to produce productive farmland – in fact, ‘Cultram’ is derived from the word ‘cultivate’.

One defining feature of this landscape is the ‘kests’ – the raised hedge banks traditionally built around the Solway’s fields. Some of these have been standing for hundreds of years. They’re made of turf and stone with soil in the middle and are a perfect habitat for lots of wildlife and wild flowers.

Another thing to look out for is the sandstone gate stoops which mark access points to the farms and fields. We’ve been involved in a big project to replace these where they’ve been lost over time.

The farming industry here is fairly diverse, with meat and dairy dominating the business. This area is at the centre of the second largest milk producing area in the UK.

Cattle are also used to help manage the saltmarsh environment and traditional grassland, grazing them to stop too much vegetation growing there. Sheep also roam these areas, leading to the sweet and tasty saltmarsh lamb. That grazing also helps the wildlife, as this is a habitat for the rare natterjack toad.

The farming in the AONB has been characterised by the relationship between land held in individual tenancies and rights of common grazing on the marshes. Traditionally, since at least the 16th century, shares or ‘stints’ in the common grazing have been attached to individual land holdings. These are regulated by committee – you can read more about that here.

Historically, farming has had an impact on the landscape too. Drainage, fertilising and reseeding of the land has increased its value for agriculture, but that’s taken its toll on the wildlife which needs this area’s diversity of habitats to thrive.

We work alongside other conservation organisations and the farmers of the Solway Coast to rewild some areas, preserve the kests and hedgerows, and seek opportunities to manage crops so that they benefit the bird population by giving them year-round food sources and places to nest. 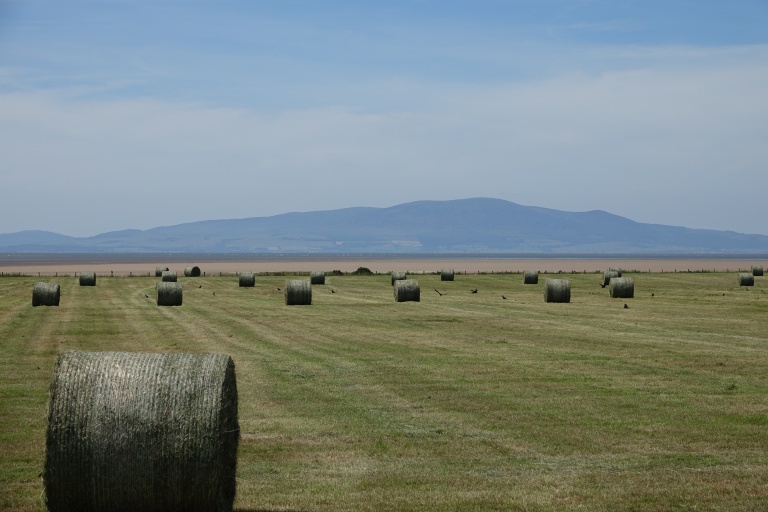