The landscape of the Solway Plain has been defined by the impressive structure and activities of Holme Cultram Abbey.

Through the 12th and 13th centuries, the successful cultivation of the land by the Cistercian Monks, who were masters of land and water management, changed the area forever.

Marshes were drained, sea dykes built, farms created to grow crops and graze sheep, and the port of Skinburness developed to allow exports. They also fished, smelted iron ore, tanned leather and produced salt – an invaluable skill needed for preserving fish and meat through the winter months. The abbey was the biggest wool producer in the north west of England,

The source of stone for the Medieval building isn’t really clear. One theory is that it was made from stone quarried on the opposite side of the Solway Firth, in what is now Scotland. Others say it came from down the Cumbrian coast at St Bees, or inland from Aspatria.

One thing which is for sure – it was a massive feat of engineering to transport the quantities required by either land or sea. The main building was 256 feet long, with a tower 110 feet high – an impressive sight in this landscape.

The abbey became hugely wealthy and was always at the heart of the local community, with the monks caring for the sick, helping travellers and enabling education.

Originally the abbey was part of a huge complex but after the dissolution of the monasteries in the 16th century, it was given up to the Crown. Local people asked for the structure to be spared to serve as the parish church – the nave was saved but the rest of the abbey buildings fell into ruin.

The building was devastated by fire in an arson attack in 2006 but has been carefully restored in a £2 million project and is now an impressive building once more. It still remains as the parish church today.

The interior is simple and beautiful, with a restored altar and a viewing platform to allow visitors the chance to see the church from above. An exhibition has been created detailing its past, as well as the results of archaeological digs which have taken place in its grounds. 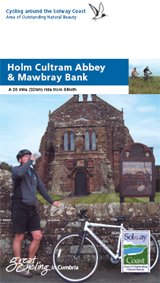 Robert the Bruce’s father is buried at Holme Cultram Abbey – though that didn’t stop his son raiding the place in the 1300s in acts of rebellion against the English who wanted to rule Scotland.

The spiral staircase to take you up above the porch to the impressive viewing gallery. 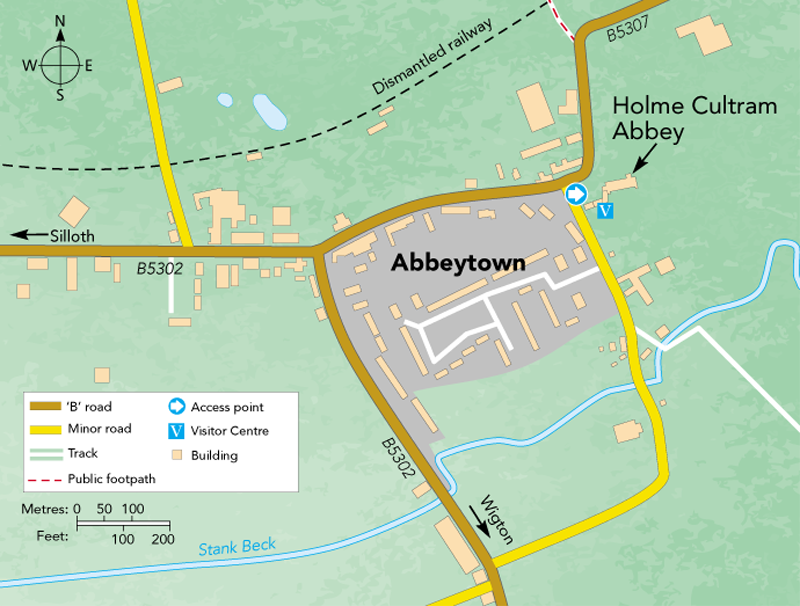 There is free parking at the Abbey. From the A596 between Carlisle and Maryport, turn off onto the B5302 at Wigton and follow the road signs to Silloth. As soon as you come into the village of Abbeytown, take a right hand turn signposted to Holme Cultram Abbey. Follow the road 500 metres until you arrive at the Abbey (CA7 4SD). The nearest railway station is at Wigton.